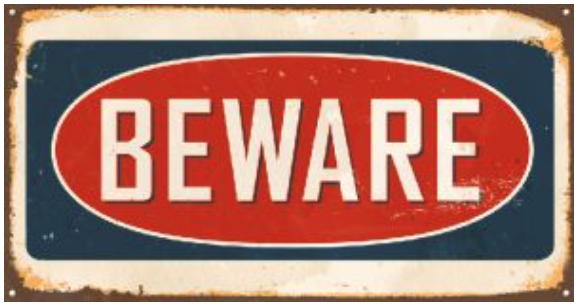 You’ve probably heard the saying, “Everyone is Irish on St Patrick’s day.”

Lots of people who aren’t Irish love to celebrate on Saint Patrick’s Day. Why not?! There’s nothing wrong with going to a parade, enjoying some Irish food, and having a few drinks.

But picture someone going to a parade, and having a few too many drinks.

And then that person jumps up on the bandwagon as it drives by in the parade. He grabs an instrument from someone in the band, and starts playing it poorly. And then he starts singing from the top of his lungs about how great it is to be Irish.

Might be good for a few laughs from the crowd. It’s probably annoying to the people in the band. But, beyond that, it isn’t really hurting anyone.

Here’s a question for you…

Was that guy truly Irish, or not?

Given what you saw happen, it’s impossible to say. There isn’t enough information. But, he sang about being Irish, so you might presume he is.

What you can say for sure is that he was a mess, and not a very good singer or musician. It was obvious that he didn’t belong up on the bandwagon. He just jumped onto it and made himself part of the band.

As real estate agents, we see this happen in the parade of our industry.

People who are part of the onlooking crowd jump up onto the real estate bandwagon. They get their license because it looks fun, or easy, or because the market is hot. And then they start singing from the top of their lungs about how great it is to be a real estate agent.

So, what’s the harm in that?

There’s no way for you to know if they’re truly great real estate agents, until it’s too late… until you’ve decided to work with an agent who has simply jumped on the bandwagon. It is then that you come to find out that the tune they’re singing is out of key.

Agents who just jump on the real estate bandwagon can hurt you.

In the least, it can be a waste of your time until you figure it out and ditch that agent for a better one. But, you could find out the hard way, if the agent doesn’t know what they’re doing and causes you to make a mistake when you buy or sell a house.

From an agent perspective…

While it may seem harmless enough for someone to get their real estate license and start singing about how great it is to be a real estate agent, it’s not.

It’s part of what gives the great, serious agents in our industry an undeserved reputation. And it gives people the impression that our profession is one big parade or party people can jump into.

It’s a career that requires absolute dedication and seriousness.

Sure, we all love the great days and times we have in real estate. The little celebrations.

But there are as many days and times that are not one big party that we need to go through in order to become, and actually be, truly great real estate agents.

Check out our references and see what our clients are saying about our service.